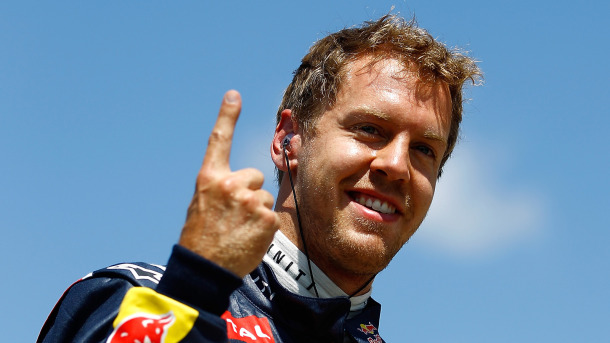 No matter how remarkable professional sportsmen, or women, appear to be they are only human. Their bodies my be finely tuned machines but they are run by one final key component — the brain. The biggest fuel this organ provides is confidence. With confidence people can be propelled to the next level. It separates the average from the good, the good from the greats, the greats from the legends. Obviously without genes on your side confidence is redundant. I can feel confident about my ability as a footballer all day long but I’m never keeping Lionel Messi on the bench.
There are good examples of when confidence has had dramatic effects within certain sporting fields. Take Formula One for example. Currently Sebastian Vettel is the man to beat. The youngest double world champion in the history of the sport and shows no signs of surrendering his place at the top any time soon. It could have been so different. In the 2010 season he claimed his first world title but it was no walk-in-the-park. The British Grand Prix that year witnessed an inter-team political feud when Vettel was given teammate Mark Webber’s front wing. Webber went on to win the race and famously said over the team radio, “Not bad for a number two driver.” At the time the outside world saw them as equals trying to assert their personal control as number one. Vettel took the lead of the world championship for the first time after winning the last race of the season.
The following season a different Vettel took to the grid. One that was confident he was the best driver in the world. The first nine races of the 2011 season he finished no lower than second. Mark Webber was a changed man. His perception he was Vettel’s equal, if not superior, had been destroyed. Confidence breeds resilience but a lack of it spreads like a cancer damaging belief and ability.
Other men on the F1 grid have buckets of confidence they use in a manner of ways. Alonso rightly stands tall as a man that has won world titles and even challenged for them when his car has been severely lacking. He’s mature and assured in his approach. Whereas Lewis Hamilton has shown he can slip off the rails when his confidence boarders on arrogance. The season Jenson Button outscored him when they shared the same McLaren his inner belief that he was “the man” led to his confidence acting as a poison.
Before we leave formula one we should mention Michael Schumacher. A man that during his first run in the sport was seen as arrogant. That he may well have been at times, he’d probably admit it himself nowadays. But he was a class above his opponents when he was in his prime. For him, confidence in his ability was replaced with a simple fact — he was better. In his return to F1 we saw a different Michael. A humbled character that appeared to accept the magic was gone but still enjoyed the theatre of race day. We’ll never know, but I suspect had his Mercedes been the best car on the grid the old Schumacher would have made the odd appearance. What we can take from Schumacher is a lesson to give our children when we say, “It’s not the winning, it’s the taking part.” His legacy is assured, his character reformed. 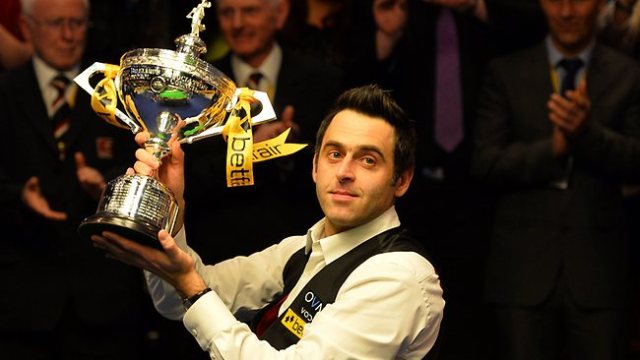 In snooker this year we saw Ronnie O’Sullivan take time away from the regular season. As current World Champion he had the right to defend the title at this year’s event. So he did. And he retained it before disappearing from the scene again. I don’t think anybody would be surprised if Ronnie appeared once a year, won the world title and wasn’t seen again for twelve months, followed by another win. He has the confidence that comes from being the most naturally gifted player that sport has ever seen. If he wants to win, he will.
In football a winning mentality is only attainable if team spirit exists. The communal belief of being the best creates a shared confidence. Manchester United’s ability to retain titles with teams that seem to be more than the sum of their parts is down to belief. Winning games in “Fergie Time” is the confidence that they should win. But we also saw how a crack in that confidence can be devastating. With six games to go United led Manchester City by eight points in the 2011/12 season but still lost the title. Doubts must have crept in when they lost a game then followed it up with draws in the final run-in. The 6-1 defeat at the hands of City in the home fixture earlier on in the season may have played on their minds. As for the City players that 6-1 victory must have given them the confidence they should be the champions. That unwavering belief allowed them to clinch the title in injury time. Sergio Aguero striking the winner like he couldn’t miss. The sort of confidence that requires no thought and is most effective. 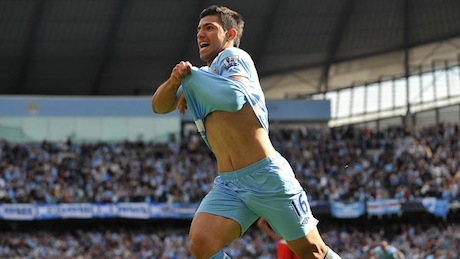