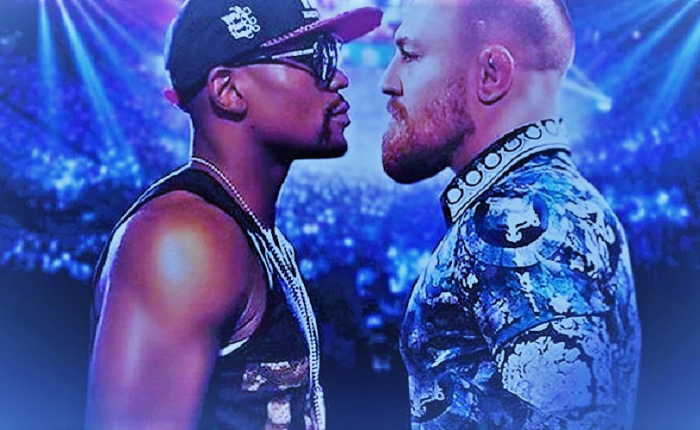 Floyd Mayweather, the greatest boxer of his generation, is heading toward a bout with brazen MMA star Conor McGregor. There’d be no reason to keep prodding public opinion if it wasn’t a strong possibility. Mayweather laying down financial terms during an ESPN interview brings it a step closer.

From the Mayweather camp, this has been a carefully plotted case study. The Berto fight aside – when it appears he just wanted an easy go-home party – Mayweather uses social media to determine where the best payday can be found.

He drops hooks in the trending waters and waits to see what catches a bite. For years, fights have been selected or pushed on this principle. The obvious one that didn’t need it – Pacquiao – was delayed for actual sporting reasons. And perhaps, a consideration of legacy but we’ll get to that in a moment.

What appear to be throwaway Tweets are in fact examples of Mayweather mining for information. The strongest hit since Pacquiao has been McGregor. The Irishman has transcended UFC. Even a defeat to Nate Diaz (which he avenged) did little to halt his emergence as a global superstar. Since then, he has gone on to become the UFC’s first double belt holder.

He can make demands on Dana White that few, if any, have been able to get away with in the past. From borrowing Tyron Woodley’s belt when he wanted to parade two titles, to demanding a cut, in the way of shares, following the sale of UFC for $4.2 billion.

McGregor is a money printing machine for MMA and Mayweather likes to be synonymous with his self-given nickname.

Floyd looks at Conor and sees one last, easy, payday. He has every right to believe if 49 trained boxers couldn’t effectively penetrate his defence (save the De La Hoya chat for another day) then a mixed martial artist, who has only recently acquired a boxing licence from the state of Nevada, stands no chance.

The talk of how “it only takes one punch” or “he might prove too unorthodox to handle” is conjecture for another day. Dealing in things we do know, it can be said such a bout will forever tarnish Mayweather’s impeccable record.

Perhaps retirement has proven to be boring for Mayweather because this is the first time he’s actively chased a fight. In the past, people vied for position to get a shot at Mayweather. It was a privilege to be considered. Boxers, like Amir Khan, planned their entire schedules around the hope Mayweather, sat like Caesar, would give a thumb up.

Now it is Mayweather in front of cameras calling someone out. His air of indifference replaced with desire. Floyd may be trying to gain some ground back by offering “only” $15m to his $100m but it is McGregor that has been pulling the strings and provoking the boxer.

Floyd now wants this fight. It reveals an ugly side to a man that deserves to be considered in greatest of all time discussions. The Money moniker is less caricature, more true reflection.

He claims it would be a business decision. This is bad for business. As a businessman, he should recognise retired boxers profit from their legacy. Decades from now, regardless of the outcome with McGregor, the existence of the fight would diminish the perfect record he’d set as an active boxer.

The Pacquiao fight, unfairly, left a bad taste in most people’s mouths. This will confirm all the claims against him as a competitor.

The idea a part of him was humble, respected Rocky Marciano’s record and didn’t want to be mentioned in the same breath, will disappear if he ties the achievement against a MMA fighter in a non-competitive, money spinning exhibition bout.

Mayweather has been in WWE, McGregor is routinely connected, this could turn into a Sports Entertainment type grapple. Picture Thunderlips and Balboa in Rocky III. Would McGregor, with his brash, colourful personality, really stand and be humiliated for several rounds. Or would he turn it into an even bigger spectacle, get disqualified, and commence a brawl.

In a gimmick fight, you wouldn’t bet against it.

Post-fight, the draw of chasing down victory 51 and surpassing Marciano will build until his business brain marries with his in-ring ambition. But where could the satisfying conclusion to his career come from? Gennady Golovkin is simply too large for them to compete at a catch-weight – Floyd has even encouraged the middleweight to go up a division – and the rest of his fight record answers every possible question.

Only Amir Khan offers a high payday, intriguing bout. For all the Bolton fighter’s inbuilt faults, he does offer a dangerous style that won’t appeal to a man coasting for easy cash.

Floyd Mayweather should take a step back from the precipice. A fight against Conor McGregor may earn him in excess of $100m but no money in the world could repair the long-term damage to his legacy. The only time the pair should trade blows is in one of Vince McMahon’s wrestling rings. Not in a sanctioned boxing match.

WrestleMania has no place in the sweet science. Fight fans were given an unexpected surprise when Amir Khan announced his next opponent as WBC Middleweight Champion, Saúl Álvarez. After months of domestic pressure to face IBF Welterweight Champion Kell Brook, Khan has pulled off a great coup securing a contest with the much-respected Mexican. Yet, he still faces a period of heavy criticism and a lack of respect instead of the support he deserves.

British boxing fans that dip in and out of the sport are hypocrites. They chastised Audley Harrison for being too cautious but denounce Khan because he gets caught now and again. He’s a warrior. One that goes into fights without any fear. They point out his “glass chin” by mentioning the Breidis Prescott fight from 2008.

Really? That was nearly eight years ago. Since then he’s been in wars and stood tall after taking far more telling blows. Anyone that doubts this – more likely missed it altogether, while playing the role of fair-weather fan – should remember his historic battle with Marcos Maidana. 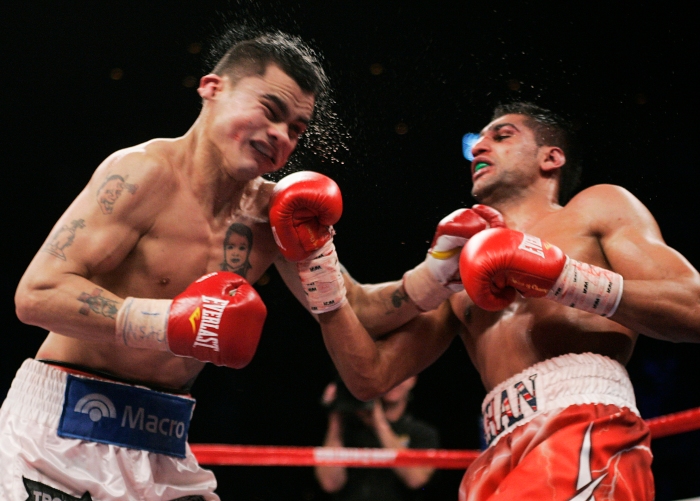 He took more punishment there than a boxer with a classic Achilles heel of a glass jaw could and survived for an impressive points victory. This is the same Maidana that fought Mayweather twice, the rematch coming after he caused such a stir in the first. When people were asked how could a boxer that failed against Khan fare so well against the best, they said the Argentine had grown as a fighter. This same consideration is never given to Khan.

He’s built harder and stronger than the young pro that was knocked out by Prescott in 2008. Over the years his neck muscles have strengthened so knockouts are no longer a given. That’s not to say he can’t go down but only Danny García has secured victory in that fashion since (four years after the Manchester knockout). Going up a weight does place him in danger of killer blows at a power he’s potentially not faced.

The biggest danger is losing his hand speed – his greatest gift and obvious advantage.

It is a risk worth taking, the big fight opportunities were dwindling. He was right to demand more money from a potential Kell Brook fight. Brook doesn’t have a long line of impressive names on his record and lacks drawing power across the pond. His most famous story is getting stabbed in the leg when holidaying in Tenerife. He’s just a cog in Eddie Hearn’s self-serving evil empire.

Brook’s never been on Mayweather’s radar like Khan, and with good reason.

Khan was a potential opponent for a fight with the greatest boxer of his generation on merit. And unlike most of Floyd’s challengers who are there for the payday, Khan wanted the fight for boxing purposes. He’s always playing high-stake poker with his career and legacy, this latest fight with “Canelo” an example.

While most fighters are carefully plotting a safe route to a decent legacy, Khan keeps rolling the dice, willing to take on any of the big names. A win here will see him get a fight with Manny Pacquiao, the consolation prize after missing out on Mayweather.

The British press and its fight fans would have you believe he was never good enough for the major Vegas showdown with Mayweather or somebody close to that stature. The truth is, Mayweather will have seen Khan as an unnecessary risk.

Khan is a volatile warrior that makes up for momentary blips regarding in-ring intelligence with brave assaults on his foe.

His critics will continue to mention Prescott and ignore how impressive he looked against Luis Collazo. The same people that blame the referee for costing Ricky Hatton during his showdown with Floyd Mayweather, never mention Khan’s treatment before, during and after the Lamont Peterson debacle. They will start to peddle Brook’s theory that Khan has taken an option with built-in excuses. 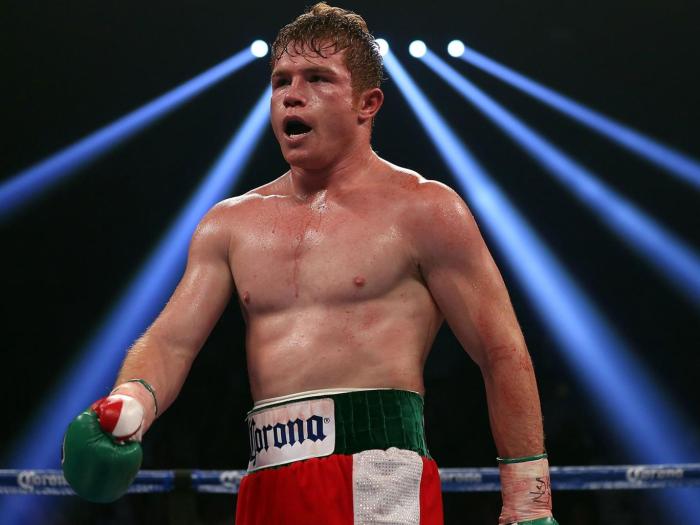 Amir goes into the fight as an underdog. This is a reasonable assessment. But the most underrated boxer in recent memory – and possibly most undervalued British fighter of all time – has a chance to undo years of misrepresentation by overcoming the odds and defeating the Mexican.

If he does, people will have to refrain from making excuses to dislike him and accept the reasons that make him a world class boxer.