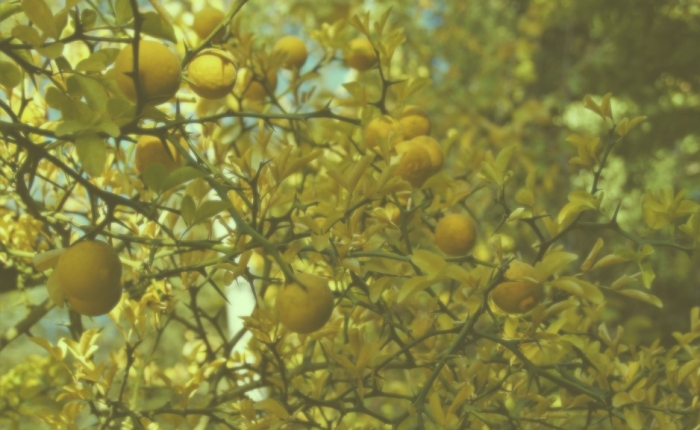 Following this week’s prompts for the Aside from Writing Writing Sprint which were:

The story below is what appeared after sticking to the two-hour time limit.

If you decide to have a go, put your story or a link to it in the comments here or on Aside from Writing.

A little warning before you start reading, it does depict drug use.

Aoife watches Donny wave the lighter below the scorched spoon.

He moves like a magician performing a trick. It will make things disappear: pain, isolation, emptiness, the other people in the room. There will be no great applause or the chance to take a bow. Aoife is the able assistant. She once would have considered herself an attractive sidekick. Now, she’s not so sure. It’s been a while since she contemplated her appearance. It fell from her mind when this daily ritual became ever more pressing.

Donny fills the syringe and taps it, mimicking a doctor now. Aoife used to be a nurse until she started self-medicating. She never had a problem using needles on patients like some colleagues, now using needles is a real issue. The concoction just created is offered to Aoife, she shakes her head. The need is already gnawing away at her but there is some clarity beneath the murkiness of her usual thoughts.

If she takes this now, another day will drift. This cannot continue. Her thoughts are still as dim as the living room they’re festering in, but like the bit of sunlight that slides in over the top of the pulled curtains, there is the chance for something fresh to emerge. Today hasn’t appeared any different but it has already changed Aoife.

Donny slides the brown liquid into his veins and slips against the sofa, legs stretching across the floor. His heels kick up the rug, revealing fluff and debris. She can’t remember the last time they vacuumed. It never seems important.

She removes the syringe and places it on the fireplace. It is a gas fire they never use. The bills are starting to go unpaid and Aoife has a paranoia they will leave the gas running one night without lighting the flame. The thought of gas poisoning is more of a danger than an overdose. She offers the room a perverse smile at this thought. It isn’t logical, she can see this much.

Simon grunts. He is on the sofa behind her. She doesn’t want to look at The Trot. It is the nickname Donny has given his friend after he revealed his extreme left-wing views. Simon speaks of the virtues of communism too. When he is wired, his long rambling speeches about the evil of capitalism and the death of humanity as people become more insular can be quite touching. They make sense to Aoife.

People need to be more caring. It is with guilt she no longer tends to the sick. But she is sick, she knows this. She also knows The Trot is full of clever soundbites which act as cover for devious, immoral actions. It is Simon who continues to feed Donny’s habit, pulling her along at the same time. They don’t have the money to fund such a hunger but Simon knows this – is happy about this. He wants payment that makes Aoife feel dirty twice over. She always feels grimy when that syringe drains inside her arm, or between her toes, in her thighs.

When The Trot touches those places, and anywhere else that takes his fancy, he always leaves something worse than heroin inside Aoife. It never works its way out of her system. The shame, the feeling of being used, lingers heavier than the need. The drugs dull this sense into nothing but in these moments of clarity, she forces herself to grip onto the pain. If she loses this, she will be truly lost.

Donny has sequestered her hopes and dreams, the drugs set them ablaze. Whatever they were, there is no salvaging them from the ashes of her life.

She walks from the living room. She can’t help looking down at Simon on her way to the door. His chin rests on his collarbone. He looks innocent sleeping like this. A flash of guilt comes to be reacquainted with her emerging, swirling emotions. Simon may be selfish but this is a room of selfish people. She has never said no to Simon, or given any hint she’d like to deny his advances.

In the kitchen, she props herself against the sink. Thinking of Simon – of Donny – is making her headache worse. She cannot afford to add confusion to the growing restlessness.

It is too bright in here. They’ve never fitted blinds to the window. The backyard is unforgiving concrete, bouncing the sunlight back into the house. A dog barks a few houses over. A ball is bouncing in the alleyway. There is a sense of peace more akin to a detonator counting down than suburban bliss.

She turns on the cold tap, running her hand through the water in a way that reminds her of Donny and the lighter. The temperature goes from lukewarm to something colder. She picks up a glass from the draining board. Aoife rinses it a few times. It fills, it empties. She waits.

Her hands ease the tap shut. The final trickles of water overflow from the glass. It sits in the sink waiting for her attention. She takes a tentative sip. As she gulps, her ears exaggerate the noise. It drowns out the dog barking and the bouncing ball. It cannot silence the call from the living room. Simon and Donny remain motionless, lost in worlds where problems no longer exist.

The call is from the fireplace: the syringe.

She tips her head back until she’s admiring the cracks in the ceiling. Lowering her eyes back to the window, the shelf catches her attention. When she first moved here, it was full of spices and sauces. Aoife used to enjoy cooking on days away from the hospital. Now it has an empty bottle of extra virgin oil, some vinegar, and the box of lemon tree seeds.

The box has become an in-joke, left on display out of defiance. Her grandfather had raised Aoife and her two brothers when her mother ran out on them. She’d been a young mother – only sixteen when Aoife came along and she was the youngest sibling – and it reached a point where she wanted a second stab at life.

Aoife’s grandfather raised them with a strictness he must have lacked with his own daughter. Aoife and her brothers paid the price for their mother’s failures. The lemon tree seeds were all her grandfather left in his will to Aoife. It was some kind of sick joke. Of all the children, she had been the most caring to the old man. Her mother received nothing, her brothers shared the house and the money.

Aoife got the lemon tree seeds.

She reaches to the shelf and ceremoniously opens the box. The seeds are sealed in separate bags. She thumbs the accompanying note before taking it out. The posthumous advice has always been a riddle:

Tend to them every day. One day at a time, until they bear fruit. If you do this, you’ll have all you need.

On the back of the card is a series of numbers. She’d considered the chance they were lotto numbers but there was no combination that worked. Perhaps they were coordinates or ratios of water to fertiliser? Or just another pointless riddle.

Aoife had looked into growing the seeds but read that it can take up to fifteen years before one bears fruit. She lacked the patience for such a long wait. A potentially fruitless wait. At this moment, she can’t imagine a year from now, let alone fifteen. What surprises her is how the idea of fifteen years from now sounds appealing.

Everything may have been dulled but there is a desire to see more than the inside of this house. She wants to escape, to see more light in the tunnel than the gaps in curtains will allow.

Instead of placing the box back on the shelf, she holds it close to her chest and leaves the kitchen. She walks back into the living room. Donny is in a pool of his own vomit. She doesn’t panic; this happens on a regular basis now. It’s the main reason she staggers their shooting up times. He is becoming greedier, needing more. Her hands delicately move his head into the recovery position, opening the airway.

She strokes his hair in a way that means farewell.

In the hallway, she grabs Donny’s thickest jacket and tucks the lemon seed box into a rucksack. She doesn’t waste time going upstairs for more clothes or a toothbrush. If she doesn’t do this now, she may never consider it again.

Aoife opens the front door and light pours into the hallway. She steps into it, thinking about fifteen years from now. Thinking of lemons. Realising her grandfather was right all along.