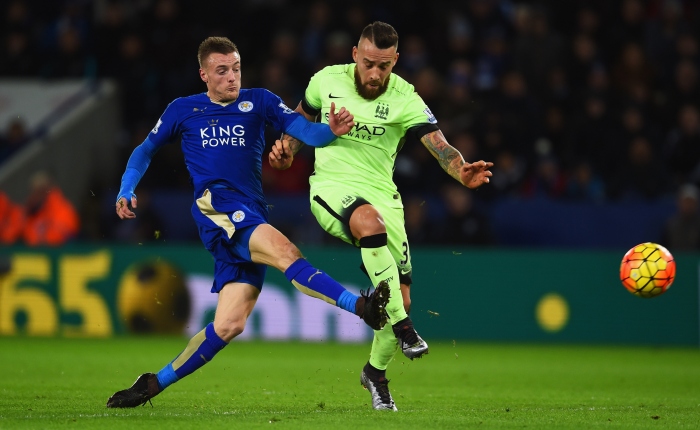 It is the strangest of times. This season has been one of the most unpredictable in Premier League history. It’s long been noted, especially by this writer, that the technical standard of England’s top flight has been on the decline. Any doubts surrounding this can be erased by noting the recent performances of Premier League sides in Europe. For several years the excitement levels have increased while tactical know-how has been reduced. It couldn’t go on forever and have the steady balance at the top of the league remain. This season the status quo was demolished.

When Manchester City gate-crashed the top four party, they took their place at the established table with the look of a team willing to fit the mould. They spent big to play catch-up, only asking for a place in the Champions League that usually went to a team like Liverpool.

Their presence didn’t threaten the see-saw of dominance, that hadn’t moved for so long one could assume it had rotten to a rigid state. It was coincidence that City’s arrival at the top coincided with a slow drop-off in domestic tactical astuteness. La Liga sides had evolved, with most of that thanks going to Pep Guardiola’s Barcelona team.

Gone were the days of expecting two English sides in the Champions League semi-finals; just getting to the knockout phase has become an achievement. In tandem with La Liga’s intelligence growing at a rate faster than the Premier League’s, so was the Bundesliga’s.

Bayern Munich became the dominant force in Germany and won Europe’s top competition. It’s often remarked, in a negative angle, that there isn’t the weekly competition for Bayern that English teams have to face. La Liga has similar accusations aimed at it. There’s an idea there’s only two good teams – Barcelona and Real Madrid – and the rest are just walkovers.

If this was the case, these three giant teams would struggle. A lack of big games would lead to head’s drifting off. But they remain focused in Europe and it’s battle-hardened Premier League sides that struggle midweek. This season the sentiment that anyone can beat anyone in England has never been truer.

Even in the face of such inconsistency patterns were emerging that pundits and fans failed to recognise or accept. And even with normality taking a break, people expect old ways to return. Leicester City were tipped to drop away before the hectic Christmas period. When that didn’t occur the prediction was it would happen during. That never materialised so the next prediction was it would happen after.

We’re now in February and they still top the league.

The latest effort to reduce their expectations meets reality with the failing perceptions halfway. Observers still can’t allow themselves to believe they are in a title race – even after 24 games – but concede they are likely to finish top four now.

It’s a tremendous accomplishment. The Foxes started the season as a relegation candidate. Claudio Ranieri has taken a set of players that weren’t in the spotlight and instilled belief and most importantly: a strong work ethic.
There may be more money spent on players in the Premier League, both in transfers and wages, and new TV deals eclipse those from more successful European leagues, but that doesn’t mean the best players are here.

Leicester have exploited the weakness in the league as a whole, not the shortcomings of separate teams that expected to be placed higher. Now that they have momentum, stopping them will be hard.

Against Manchester City they face a team that won’t begrudge the Foxes any lasting success at the top. Fans of Manchester’s club can easily recall a time before the Sheikh’s money, when winning one more League Cup would have been a heady dream and chances of a Premier League title were folly.

Financial Fair Play (FFP) was seen as a tool to maintain a status quo for the traditional big names. The assumption being, only a massive outlay of cash could enable a side to break the top four.

Multiple articles here, and Financial Fair Prejudice, never spoke out against FFP to keep Manchester City safe. They already made it in the castle before the drawbridge was up. The bordering on illegal and morally ambiguous FFP meant teams feared that if weren’t already a big fish, they never would be.

Leicester have changed all this.

Okay, they do have billionaire owners that have restructured the club. But their accelerated growth period pales in comparison to Man City’s.

Their stubbornness to accept everybody else’s predictions and perceptions has been aided by a stuttering league campaign from the title rivals they face next. The Citizens have been equally consistent in their form by being the antithesis of Leicester’s attitude.

Instead of non-stop application, Pellegrini’s men appear to fire in spits and spats. When their backs are against the wall then a world class City emerges and brushes sides away with ease. Far too often they spend the first twenty minutes of matches drifting, as if their talent alone will ensure success. The effort comes later, when the task has been made harder than it should have been.

After Saturday there should be a clearer idea on where the season’s heading. The neutral will warm to the idea of Leicester City taking victory and then securing a title win so improbable Hollywood movie execs wouldn’t dare use it in a script. If the Foxes win, the press will say it is remarkable achievement that they won the “best league in the world.”

If Manchester City remove Leicester’s point advantage it could be the start for the final push. Players are now fighting for their careers as they try and impress incoming manager, Pep Guardiola, from afar. With Arsenal commencing their annual fall away, only Tottenham lurk as the other potential dark horse.

If Man City win the title in Pellegrini’s final year, the press will comment on the lack of a legitimate challenger and make more news about the low number of points needed to win a weak league. The points spread is currently being used to rejoice at how competitive and tough it is.

But there’s nothing but truth in the statement: the league never lies after 38 games. Whoever that is will deserve it most, all other factors become irrelevant.

The City that takes three points Saturday lunch time will start to imagine their hands on the title.