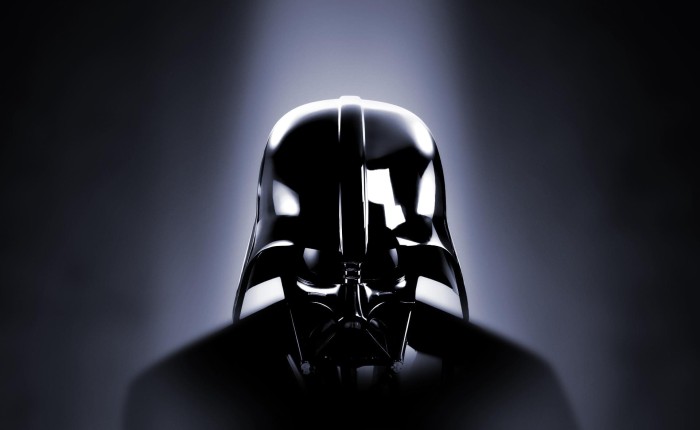 This article contains spoilers regarding the Star Wars saga but if you’re reading this there’s a good chance you’ve seen all the movies multiple times.

One thing we’re told repeatedly, across all the Star Wars movies, is that the Force requires balance. There’s a notion that both Light and Dark must exist in equilibrium. The prophecy forming the foundation of this mythology that was used in the prequel trilogy, states a Chosen One will come and bring balance to the Force. Of course, that person was Anakin Skywalker and it’s because of him that the Force is always destined to be Dark.

This assumption isn’t based on the fact he became an evil Sith Lord or that Hayden Christensen’s performance was so wooden the Chosen One has tarnished the Force for good. It’s because he is an example of undiluted, pure Force and we all know how that went. He turned easier than milk on a warm day. Okay, he had Palpatine leading him astray but if the Force was an equal balance to start with, his interactions would have been cancelled out by the influence of the Jedi (more on them later).

The reason we can say Anakin was pure Force is down to his mother’s assertion there was never a biological father. Unless she was lying and he was the product of some unwanted liaison – a path I’m sure Disney will be keen to avoid – then we have to take her word for it. This means the midi-chlorians (sorry for bringing them up) impregnated Shmi Skywalker in a Virgin Mary like manoeuvre.

The counter argument here is that even if this was 100% force, her DNA still diluted it a little, thus, enabling negative human traits to enter the fray. The problem with this point of view is Shmi Skywalker is probably the most wholesome, good-natured and kind character found in the Star Wars universe. If anything, it goes to show the Force knows it’s a little bit bad and needed pure goodness to balance it out at birth. 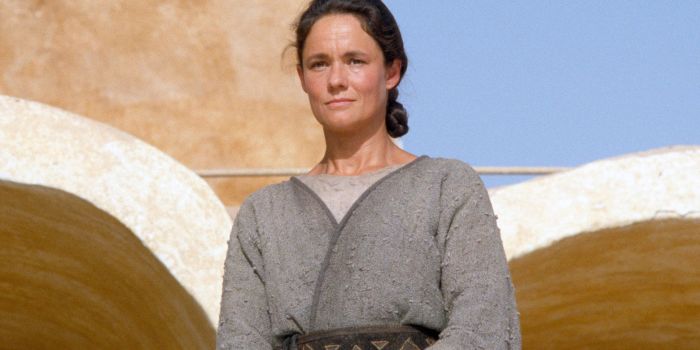 As it happens, not enough Shmi got into Anakin and he was doomed from the beginning. The Jedi council were right to be hesitant when he showed up. Yoda sensed the conflict within the young boy in The Phantom Menace but was railroaded into allowing his training.

All his poor personality traits have been passed on to his offspring and their children. Despite having unmatched Force abilities, good political and royal ties, he never returned to free his mother from slavery. There’s probably some twisted code of ethics at play here about not interfering with planetary customs (the fact slavery is commonplace and not denounced by the Jedi doesn’t place them in a favourable light) but surely they could have bought her freedom?

Even if they released her under the proviso she couldn’t live near Anakin in case she became a distraction, it would have been better then what she endured. When Anakin finally decides to do something for his mother he’s way too late and the climax of the process just serves as a step closer to the Dark Side. 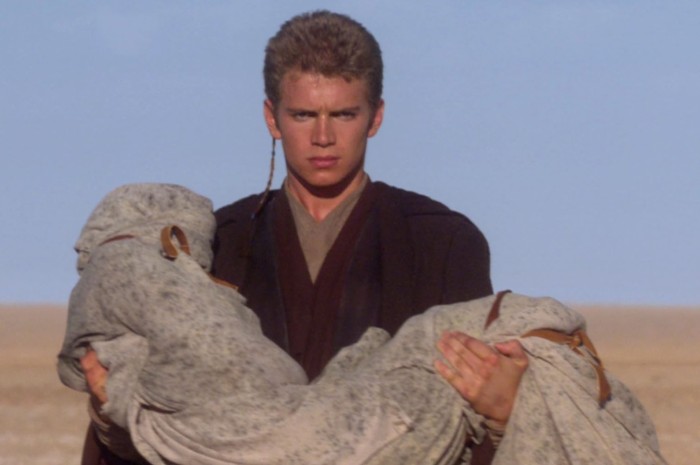 Some of the best human emotions – like love and empathy – are lacking in all Skywalkers apart from Shmi. Remember Luke breaking down in A New Hope and being haunted for the remainder of the original trilogy after seeing the burnt corpses of his foster parents. Nope, because he never mentions them once. His aunt and uncle who raised him from birth were forgotten within hours. Very touching.

It’s the same level of not being bothered that Leia expressed when she witnessed the destruction of an entire planet: couldn’t care less. They come across as very selfish, self-centred individuals. All of them are very, “me-me-me.” This is great for being driven to achieve their goals but it’s not very pleasant when even losing close ones is no different than water off a duck’s back. 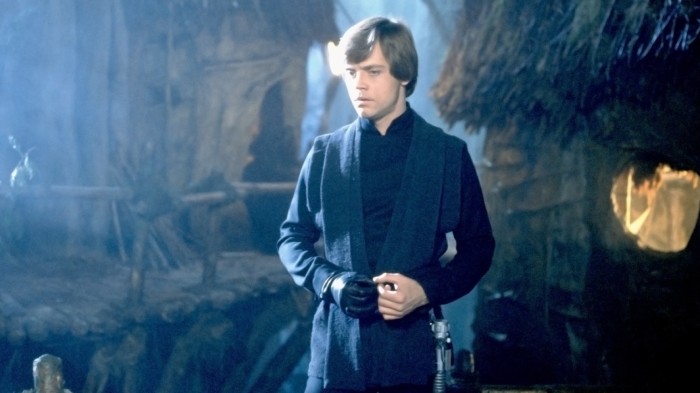 By the time we see Luke in Return of the Jedi, he’s going around with a title he’s yet to earn after bailing on his training, whilst displaying all the traits of a man on the path to the Dark Side. He threatens to wipe out Jabba the Hutt, not very Jedi-like, and the only way he defeats Darth Vader is by getting angry. And we all know that anger leads to the Dark Side. 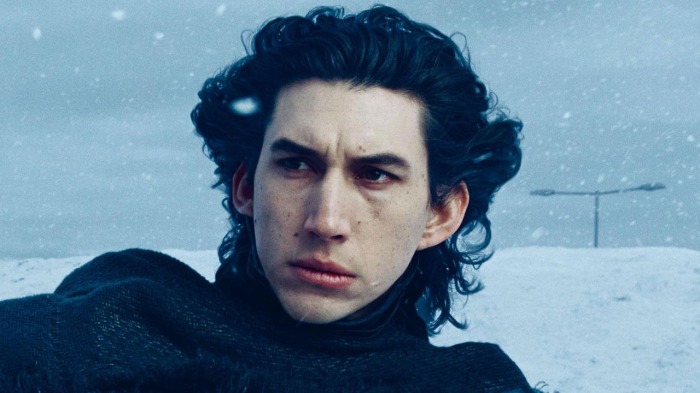 Ben Solo, aka Kylo Ren, never stood a chance. He has his grandfather’s DNA mixed with Han Solo’s. His father may have played a prominent part in freeing the galaxy but he was no clean-cut monk. He was a rogue that under different circumstances could have easily been a bad guy. Hardly the 100% goodness of Shmi to dilute the evils of the Force.

Of course, it’s not just the Skywalkers that have the Force. If we look elsewhere it’s possible to see how it’s fundamentally flawed. Take the Jedi, the supposed teachers of the Light and all things good, they have some dodgy ethical codes.

Firstly, they outright deny a Jedi love. From a writing point of view, Lucas was presumably giving them a religious feel, as if they are priests of the Force. The application of this rule means the good guys of the Force deny the warmest human emotion. A life without love isn’t a very healthy existence. 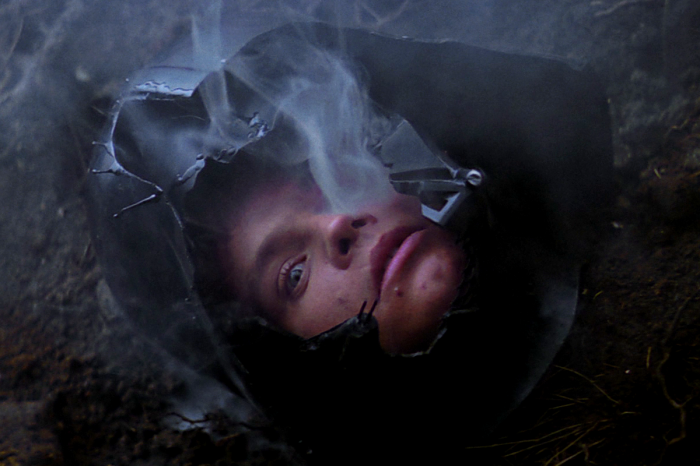 They’re also happy to breakup families to train younglings, creating inner turmoil from a tender age and fuelling all the negative emotions they work tirelessly to keep at bay. These oppressive traits go against everything that feels good. Only a Force built upon darkness would drive these demands so hard.

The Jedi are also pretty good at running away from problems. Even in The Phantom Menace the galaxy is in a pretty bad mess. They just mosey around, dipping in and out of conflict as the council deems fit. They should have been working around the clock to clean things up.

At the end of Revenge of the Sith, Yoda and Obi-Wan go into hiding and spend twenty years watching chaos and evil reign. With great power comes great responsibility, or if you’re a Jedi, great cowardice. In homage to those that went before him, Luke repeats this trick once Kylo Ren turns a bit nasty.

Obi-Wan comes across as the most decent of all the Force users. He even alludes to a love affair he once had so he’s the most in touch with his humanity. But it doesn’t stop him showing a ruthless side that is pure darkness. 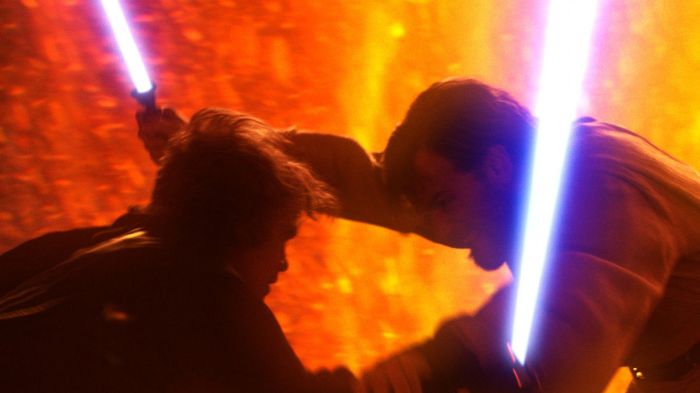 At the end of his battle with Anakin he appears genuinely pained to see his friend’s slide to the Dark Side. However, that doesn’t mean he won’t let him get burned alive. Come on, now either do the humane thing and drag him up the bank and call for medical assistance or put him out of his misery. But burning alive . . . really? And by the next scene he’s fully composed, watches Padmé pass away, and carries on without a care in the world.

Perhaps these examples prove that Anakin wasn’t the Chosen One after all.

It seems that the Force as we know it, from the undiluted Anakin to the Jedi and the Sith, suffers from an inherent imbalance. Maybe the genuine Chosen One will be born in the same way, fatherless, but with an exponent of midi-chlorians not yet seen.

Just as we can’t see dark matter but are certain of its existence, maybe the Light Side of the Force is just theorised in the Star Wars universe. It will take a real Chosen One to appear and actually reveal its true nature.

Until then we have a bunch of people using a force that is perpetually pulling to the Dark Side. But there is a “Rey” of light on the horizon… 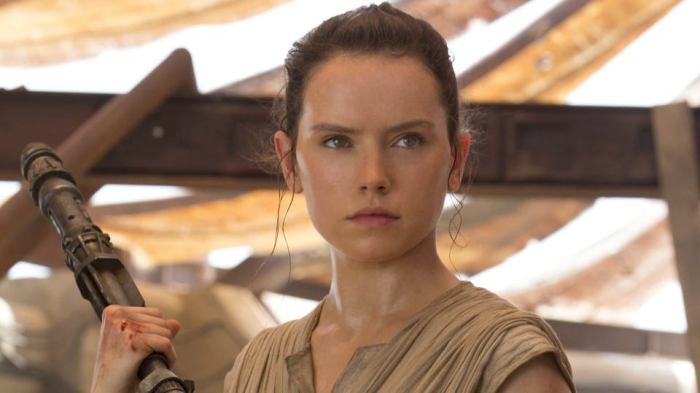